Cats have some puzzling behaviors. Some cats are considered cute creatures, while the others have unwanted and problematic problems. These behaviors aren’t random, but many of them are instinctual, so you should understand the instinctive characteristics of cats, before adopting a cat to help you to prevent these puzzling behaviors, and strengthen the relationship between you and your cat. There are some troublesome problems of cats and their solutions 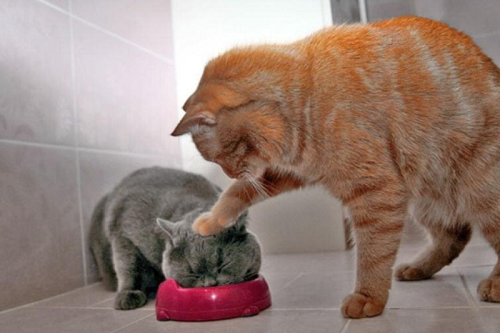 Cats differ from us in their relationship with food. Although we need food to live, Eating is considered a social activity, as we enjoy sharing meals with others, strengthening the bonds between people, and Conflicts are mended around meals, but hunting and eating aren’t considered communal activities for cats, as cats are solitary hunters and eaters, hunting alone as they aren’t considered social eaters. Many people didn’t understand the solitary hunter-eater nature of cats, so forcing cats to share a common food bowl causes many problems as tensions, stress, and aggression. 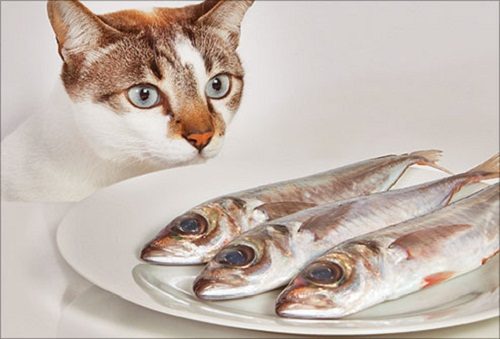 To prevent food stress, you should feed your cats in separate rooms. Although some cats will be forced to eat next to each other, but it stresses them. Cats also need to have different things, as litter boxes, vertical territory, scratchers, and toys. 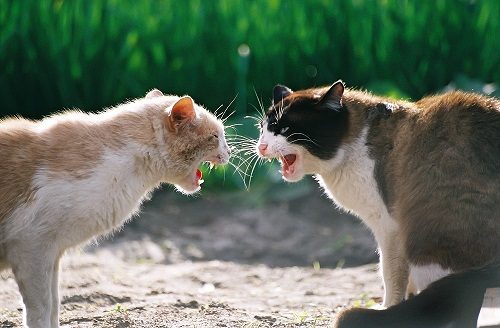 Although people assume that cats will accept each other when they are meeting, but Cats wars broke out when they introduced to each other. Both of wild cats and household cats are territorial. Territories often overlap and are shared, depending on the number of other cats who live in the area, avoiding conflicts by taking turns. Our little household cats share rooms, vertical territory, furniture, and scratchers. Wildcats have the ability to protect their members against the predators, living in colonies, and the cats that don’t belong to the colony are considered strangers, being chased away from the colony according to the general rule. Household cats are governed by some rules, not accepting outsiders into their home without the benefit of slow introductions. Some human didn’t understand this characteristic of cats when introducing cats to each other, so changing how cats are integrated together will make the introductions smoother, with minimal stress. 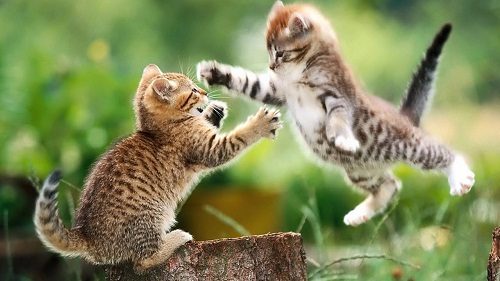 You should also adopt family members together, as cats fight strangers more than their relatives who smell familiar, so you should keep the strangers separated while gradually introduced to each other. You should also keep in mind the importance of territory, and divide your home into zones, as cats need their own rooms, letting them go into each other’s inner sanctums after they are cool with each other, patting each cat’s cheek with a separate clean towel. You shouldn’t put their scents directly on each other, because cats can’t retreat from the other’s scent. Understanding the instinctual characteristics will prevent cat’s behavior problems, making your cats happier at your home.

3- Too much nighttime activity 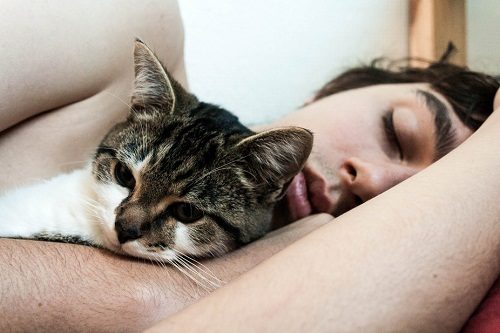 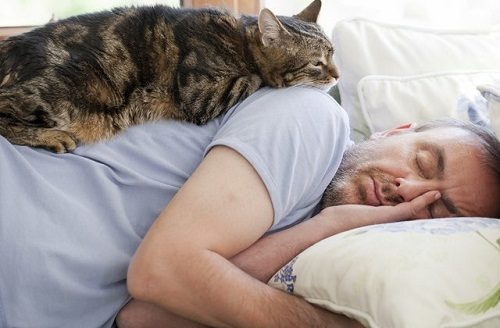 It is easy to solve the problem of the too much nighttime action that is considered a problem of cat owners, following these tips, making sure at first that your cat hasn’t any medical problems. If your cat is worried at night, you can relax it with a good play session before bedtime, making sure that your cat has a plenty of things to do during the day, offering your cat a variety of toys, leaving some items for your cat to explore, such as boxes, bags, and packing paper, feeding your cat her main meal at night, because cats like to sleep after a big meal, entertaining it at the food bowl by purchasing a timed feeder, watching its bowl and waiting for its snack, while you are sleeping. 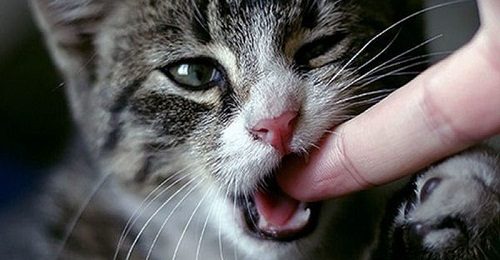 Cats love playing, leaving behind bites or scratches that can get infected, after playing with their people playmates. To avoid cat’s rough play, you should provide your cat with toys, perches, outdoor enclosures, paper bags and boxes to explore, thinking about getting your cat a kitty companion, playing with your cat at least 10 minutes twice a day, making sure that your cat didn’t play with your hands or feet to avoid its bites when it grows up, don’t punish your cat for play bites, as it will interpret that action as a rough play, or it will become afraid of you.

5-irritation due to external parasite 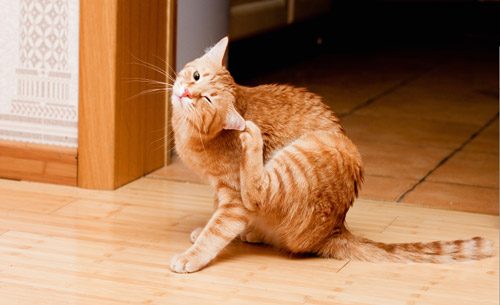 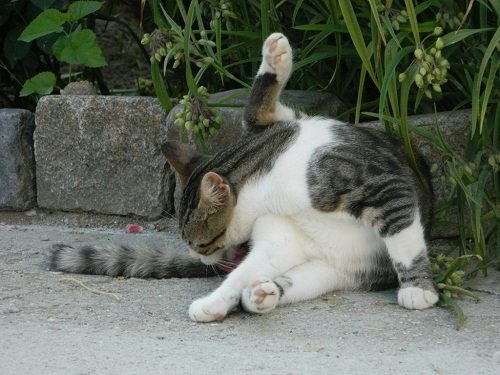 fleas are considered the most common external parasite troubling pets, having some symptoms as chewing, scratching, licking, losing its hair and the irritated skin. You should talk to your vet about flea control options, making sure to treat all the cats in your house, as if one has fleas, the other cats will have fleas also, making sure that you use the drugs of cats, as the dogs drugs can be fatal for cats. 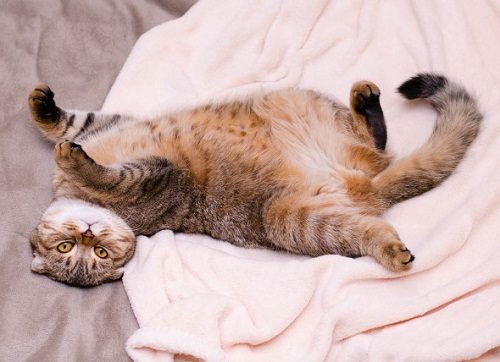 While fleas are the most common external parasite of cats, tapeworms are considered the most common pest inside cats, being related to each other, as cats usually get tapeworms by swallowing a flea, having some symptoms as the tiny wiggly white worms, or something that looks like dried grains of rice around the anus and in faces. Tapeworms will lead to weight loss, tummy pain, and other problems, if it left untreated. Garlic is considered a popular home remedy for fleas, and tapeworms, but it is very hard for your cat to eat it, so you should ask your vet for the best remedies.

7- Yowling when cat in heat 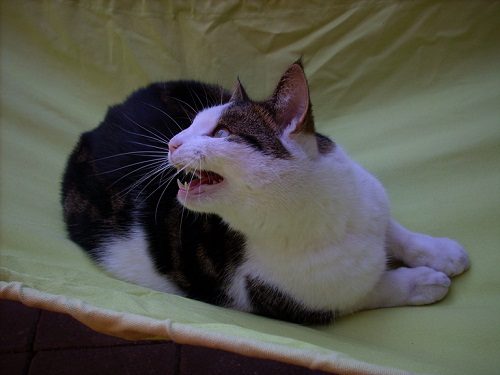 When your female cat is in heat, it will become very affectionate and vocal, meowing and yowling, as it attempts to alert a potential mate of its fertile status. When the male cat heard a female cat in heat, it will become more talkative. Mating behaviors may be repeated every 18-24 days through the breeding season. A female cat becomes pregnant when it is as young as 16 weeks. If your cat is meowing a lot, there is something wrong as the fleas biting, the litter box is dirty, or the water bowl is empty, and you shouldn’t punish it, as it will become afraid of you. You should ask your vet to help you overcome this problem, and you should be patient to live with your cat in perfect harmony.

The behavior modification technique isn’t used, as it makes your pets worse, while punishment is used with different degrees of success, but few people use it properly, such as yelling at the cat that must happen just as the behavior starts to stop the unwanted behavior. Many people can’t give the punishment at the suitable time, or can’t use the suitable type of punishment for the situation.

How To Handle Dog Barking Challenge With Using These Tips

How Things Will Change - 12 Steps To Avoid Dog Bites 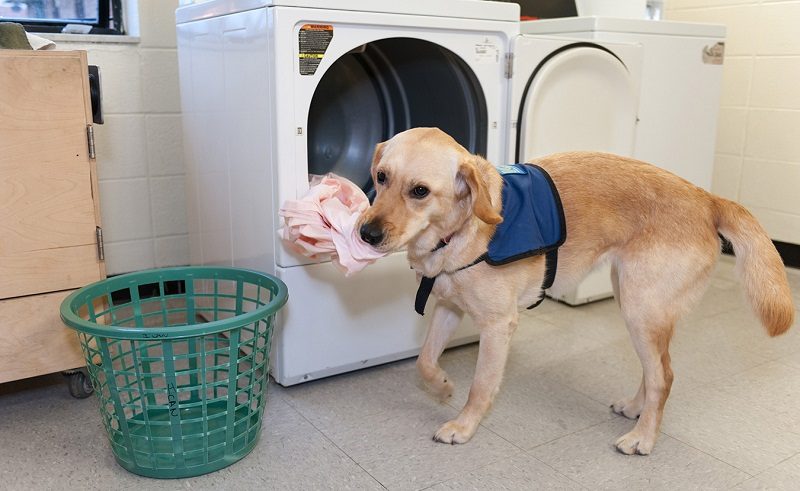 Tasks Of “Service Dogs” Towards All Disabilities 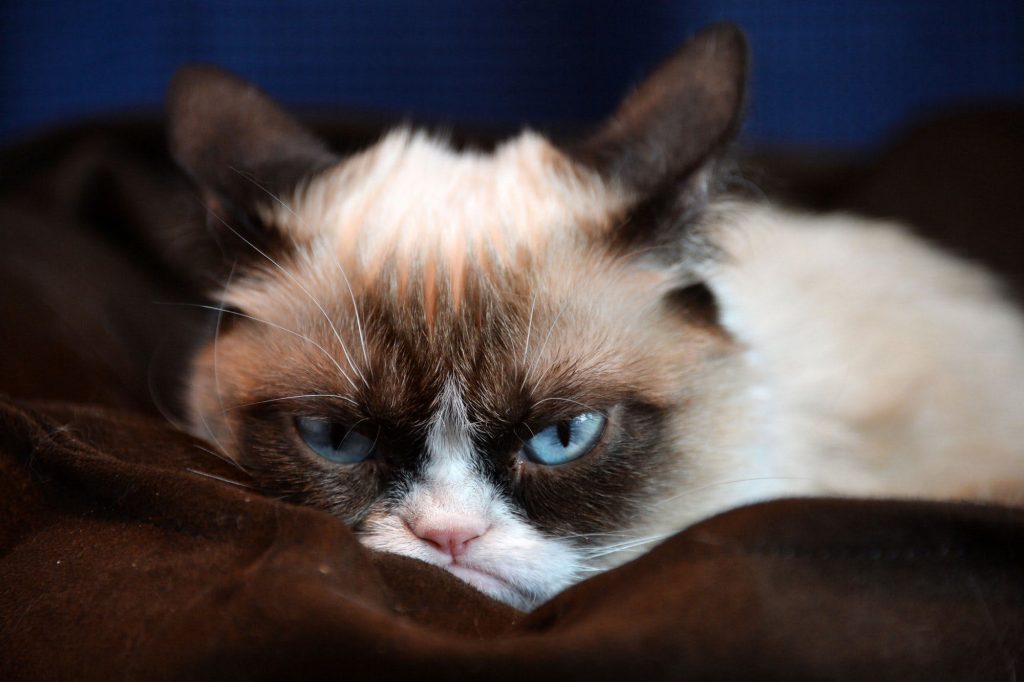 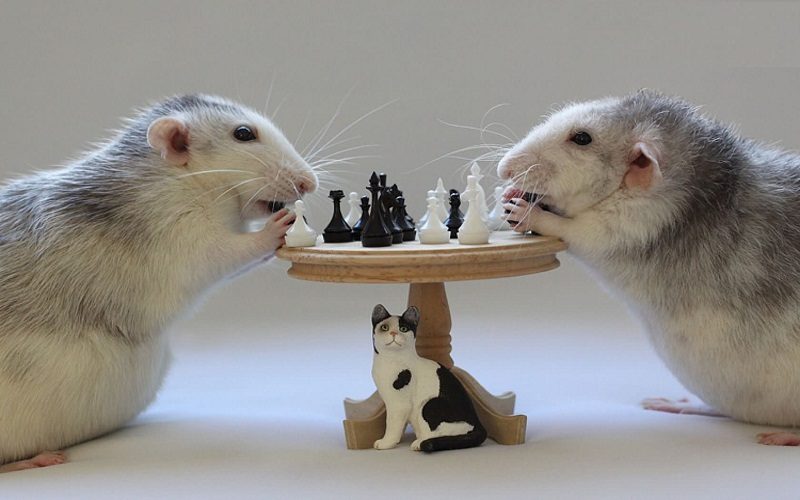 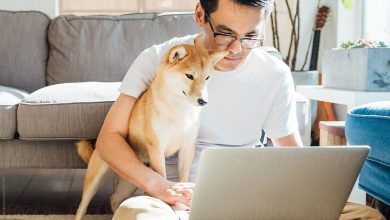 Is Online Pet Training the Future of Dog Education?